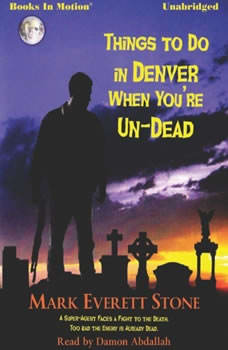 Things To Do In Denver When You're Un-Dead

Series: From the Files of the BSI #1

For ten years Kal Hakala has been the Bureau of Supernatural Investigation's top man, the longest surviving agent in its blood-soaked history. The World At Large has no idea that The World Under exists. And its vampires, demons, zombies, and mythic monste