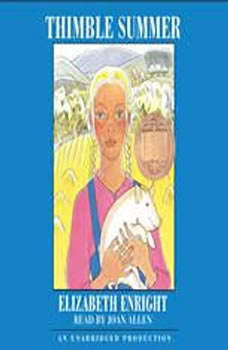 When Garnet finds a silver thimble in the sand by the river, she is sure it’s magical. But is it magical enough to help her pig, Timmy, win a blue ribbon on Fair Day?