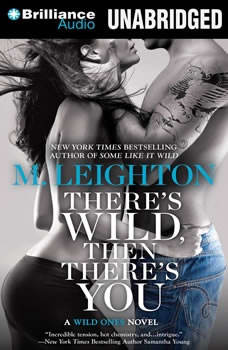 There's Wild, Then There's You

He’s someone she can’t trust.…She’s someone he thinks he knows.…Violet Wilson is a wallflower. Shy, serious and accident prone, she’s got a bad habit of being in the wrong place at the wrong time. The night she’s forced to pose as her friend might just be the worst time of all—that’s when she meets Jet Blevins. She knows better than to get involved with someone like him, but he touches her in ways she never expected, never wanted before.On the outside, Jet is a typical rocker, an arrogant lead guitarist who unapologetically lives a wild lifestyle. But on the inside, he’s battling demons and using the stage to escape the troubles of his past and the addictions of his present. Until the night he sees Violet standing at the back of the room. She brings his life into focus. She knows his secrets. She’s the girl he can’t forget.But can they ever hope to have a future when their very foundation is nothing but lies?