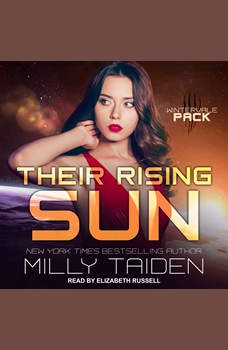 When Blake Parker hears about an opportunity to help the alien planet Dearia repopulate and rebuild, she jumps at the chance to become a surrogate. Being a surrogate like her mother, giving shifter alpha males a family, it just feels . . . right. Not long after arriving Blake's surprised to meet not one but four handsome wolf shifters who claim she's their mate. Four guys are ready to share her in the dirtiest ways possible. She can't believe her luck. Until it runs out. When Blake's life is threatened by a race of ancient monsters who rise from the grave, hungry for her blood, it's up to her mates Jericho, Mace, Serge, and Castien to keep her safe. But before they can train her to fight and get her to accept that she's destined to be theirs forever, they'll need to uncover the secret of her true heritage. Contains mature themes.