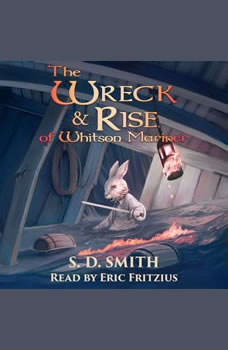 The Wreck and Rise of Whitson Mariner: Tales of Old Natalia 2

Battered, but determined, Whitson Mariner leads his displaced rabbits into new dangers on a journey to their undiscovered home. Whitson the king, Lillie the queen, Prince Lander, and loyal Massie Burnson must rise from the wreckage of betrayal to rescue the cause once more. Treason broods.Monsters menace.Battle beckons.A community rises.My place beside you.My blood for yours.Till the Green Ember rises...Or the end of the world!