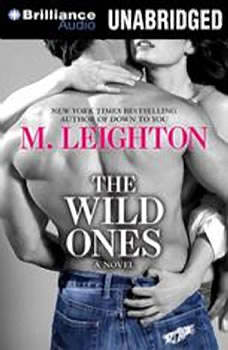 Series: A Wild Ones Novel #1

The darling daughter of a champion Thoroughbred breeder, Camille “Cami” Hines has a pedigree that rivals some of her father’s best horses. Other than feeling a little suffocated at times, Cami thought she was happy with her boyfriend, her life, and her future—until she met Patrick Henley.“Trick” blurs the lines between what Cami wants and what is expected of her—and he just happens to be so sexy she can’t keep her hands off him. While they both know that Trick will lose his much needed job on the ranch if anyone finds out, they can’t resist the lure of their scorchingly hot encounters.But when Trick stumbles upon a note from his father, it triggers a series of revelations that could ruin what he and Cami have worked so hard to overcome. It turns out there’s more to Trick’s presence at the ranch than either of them knew, and secrets with the power to tear them apart…“Ms. Leighton is a phenomenal writer.” —Bookish Temptations“Romantic, sexy, and absolutely perfect!!! Drop everything and read this right now!” —The Bookish Brunette