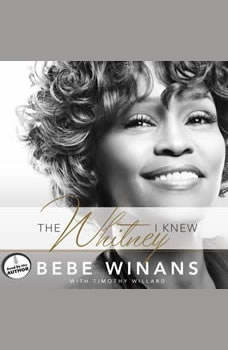 The Whitney I Knew

Here is the Whitney only family would know... Somewhere outside the glare of the concert spotlights... behind the tawdry entertainment news headlines... beyond the crush of the scandal-seeking paparazzi... lies the truth about Whitney Houston. And few individuals are better qualified to show us that complicated, funny, generous, troubled, extremely loyal Whitney than the friend she called &quot;brother,&quot; Bebe Winans. With obvious affection, yet remarkable transparency, Winans opens a window into their 28 years of friendship and family closeness to offer a view of the Whitney only a handful of people knew - the Whitney beyond The Voice. The entertainment press incessantly told us what Whitney did. Now, thanks to this tender, honest account, we understand what she thought and felt. Winans' audio book is a beautifully honest portrait of this astonishingly gifted woman, offering tremendous inspiration and a deeper understanding of human nature and God's grace.