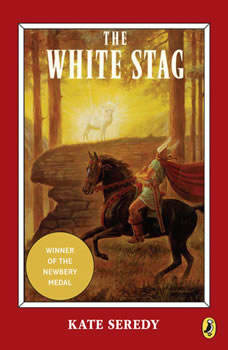 Winner of the Newbery Medal

For generations the tribes of Huns and Magyars had moved relentlessly westward, obeying the voices of their pagan gods, which compelled them to follow the elusive white stag to their promised homeland. They swept Europe, all the while pursuing their vision of the stag. Their leader was called Attila, and the land Hungary. Here is the epic story of their tribal migration and their fierce leader—known to us even today.

“The wonder of a fairy tale, the stirring romance of a heroic legend, rounded out with the color, atmosphere, and poetry of this artist’s retelling of the story of Attila.”—The New York Times

Lady Carliss and the Waters of Moorue
by Chuck Black

Lady Carliss faces the challenge of her life. Can she save the kingdom before it&#8217;s too late? Determined, smart, and a master of both the sword and the bow, Lady Carliss has proven herself as a veteran Knight of the Prince. Returning from a...

Piece of Infinity
by Emily Bold

In the third and final volume of Emily Bold’s The Curse Series, Sam returns to the present day from seventeenth-century Scotland, reunited with her love, Payton, and relieved that the curse has been lifted. But their happiness is tempered by S...