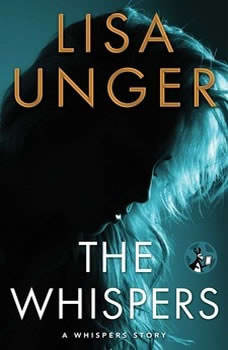 The Whispers: A Whispers Story

Eloise Montgomery discovers her amazing gift in the wake of tragedy in this first of three captivating e-novellas from award-winning and New York Times bestselling author Lisa Unger.It’s a day like any other for Eloise Montgomery—until tragedy strikes. While she is recovering from a horrible accident that takes the lives of her husband and oldest daughter, and as she works to help her younger daughter move forward, Eloise experiences her first psychic vision. Though she struggles to understand her newfound gifts, Eloise finds a way use them to save lost women and girls—for whom her help may be the only way out…From an author whose “gripping narrative and evocative, muscular prose” (Associated Press) have won her critical acclaim comes The Whispers: a story that delves deep into the human psyche and the mind of one unforgettable heroine.