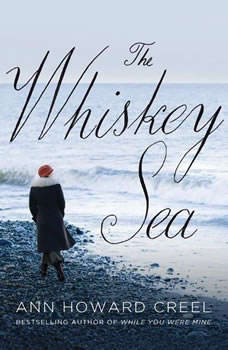 Running rum during Prohibition, she’ll risk her life—and her heart.Motherless and destitute, Frieda Hope is determined to make a better life for herself and her sister, Bea. The girls are taken in by a kindly fisherman named Silver, and Frieda begins to feel at home on the water. When Silver sells his fishing boat to WWI veteran Sam Hicks, thinking Sam would be a fine husband for Frieda, she’s outraged. But Frieda manages to talk Sam into teaching her to repair boat engines instead, so she has a trade of her own and won’t have to marry.Frieda quickly discovers that a mechanic’s wages won’t support Bea and Silver, and is lured into a money-making team of rumrunners supplying alcohol to New York City speakeasies. Speeding into dangerous waters to transport illegal liquor, Frieda gets swept up in the lucrative, risky work—and swept off her feet by a handsome Ivy Leaguer who’s in it just for fun.As danger mounts and her own feelings threaten to drown her, can Frieda find her way back to solid ground—and to a love that will sustain her?