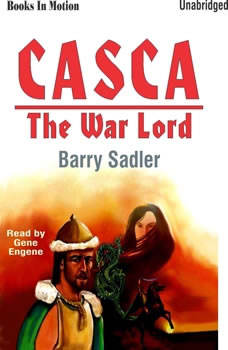 Casca awoke from a drugged sleep and saw his spear thrust into the side of the man on the cross. His spear...lost when he was sent from Judea! It wasn't a vision--it was the beginning of a threat which would follow Casca through eternity, and cost him the