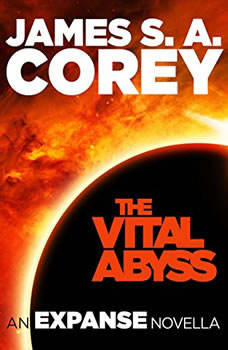 The Vital Abyss: An Expanse Novella

A novella set in the hard-scrabble solar system of the Expanse, The Vital Abyss deepens James S. A. Corey's New York Times bestselling series.Somewhere in the vast expanse of space, a group of prisoners lives in permanent captivity.The only company they have is each other and the Belters who guard them. The only stories they know are the triumphs and crimes that brought them there. The only future they see is an empty life in an enormous room.And then the man from Mars came along . . .The ExpanseLeviathan WakesCaliban's WarAbaddon's GateCibola BurnNemesis GamesBabylon's AshesPersepolis RisingThe Expanse Short Fiction The Butcher of Anderson StationGods of RiskThe ChurnThe Vital AbyssStrange Dogs