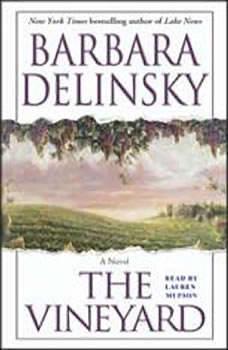 To her family, Natalie Seebring is a woman who prizes appearances. So when she announces plans to marry a vineyard employee mere months after the death of her husband of fifty-eight years, her son and daughter are stunned. Faced with their disapproval, Natalie decides to write a memoir. Olivia Jones lives vicariously through the old photographs she restores. She and her daughter Tess have no one, so they cling to the fantasy that a big, happy family is out there somewhere. When Natalie hires Olivia to help with her memoir, a summer at Natalie's beautiful vineyard by the sea seems the perfect opportunity to live out that fantasy. But all is not as it seems at the vineyard in Rhode Island -- Natalie is not quite the mothering type. Simon Burke, who runs the vineyard's day-to-day operation, sees in Olivia and Tess an unwelcome reminder of the wife and daughter he tragically lost. The Vineyard is a fascinating story of two women, a generation apart, each of whose dream becomes bound with the other.