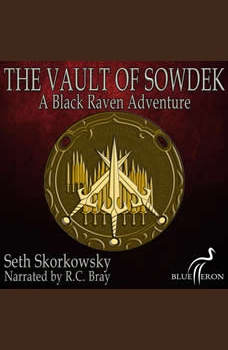 The Vault of Sowdek: A Black Raven Adventure

Series: Tales of the Black Raven

In its five-hundred years, no invader has ever infiltrated Sowdek Fortress. None but a select few know of its secret vault and what treasures it holds. Tonight, a lone thief intends to change that.

The story is a stand-alone in the Tales of the Black Raven series.