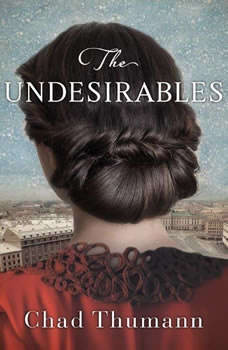 In the winter of 1941–1942, Leningrad is under siege, and Karen Hamilton, a seventeen-year-old American musician, finds herself trapped and struggling to survive. Throughout the city, people are dying of starvation and frostbite, and Karen knows that if she doesn’t escape immediately, she will share their fate. If she has any hope of leaving Russia and reuniting with her fiancé, Bobby, in New York, she must do the impossible: cross enemy lines and then stow away.On her harrowing journey, Karen encounters Petr, a young conscripted Russian soldier. She isn’t sure she can trust him—he is equally wary of her. But as the two join forces in order to stay alive, an unexpected romance takes root.Now, as Karen gets closer to the reality of escape, she has a choice to make: Will she return to a safe life in America with Bobby, or remain in war-torn Russia with Petr?