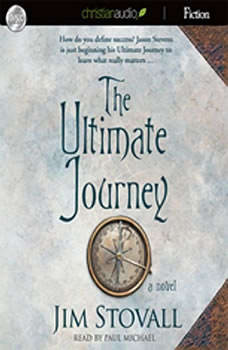 Jim Stovall has penned three delightful parables for anyone who wants to be inspired or give the gift of inspiration. In The Ultimate Gift, Jason Stevens learns to appreciate the value of his life, while in The Ultimate Life, he learns the value of love. Now, in the touching conclusion to the trilogy, Jason learns that life's journey is all about traveling well--not about the destination.