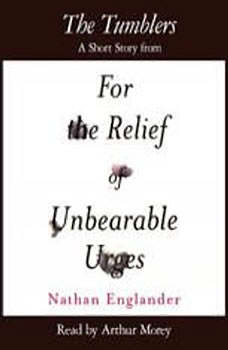 The Tumblers: A Short Story from For the Relief of Unbearable Urges

A story from the collection FOR THE RELIEF OF UNBEARABLE URGES, in which Englander envisions a group of Polish Jews herded toward a train bound for the death camps and, in a deft, imaginative twist, turns them into acrobats tumbling out of harm’s way. FOR THE RELIEF OF UNBEARABLE URGES is a work of startling authority and imagination–an audiobook that is as wondrous and joyful as it is wrenchingly sad.