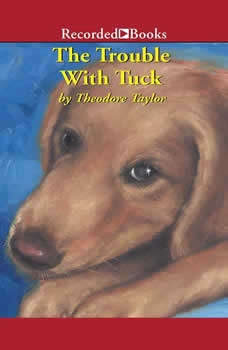 The Trouble with Tuck: The Inspiring Story of a Dog Who Triumphs Against All Odds

Friar Tuck, a big golden Labrador, is young Helen's inseparable companion. She still remembers the sunny day three years ago when her father dumped the fat, wriggling puppy into her surprised arms and said, "All yours, Helen." Since then, her dog has grown into a wonderful friend for the lanky, red-haired girl. No one knows exactly when Tuck began to go blind. By the time Helen and her parents notice the symptoms, the dog is knocking over chairs and can no longer chase squirrels. Afraid that Tuck is doomed to a life of being tied up, Helen desperately looks for a way to let her frisky dog keep the freedom he has always known. Where can she find the help Tuck needs? Award-winning author Theodore Taylor began his writing career as a cub reporter when he was thirteen. Working his way from a Portsmouth, Virginia newspaper to newsrooms in Washington, D.C. and New York City, he was an NBC network sportswriter by the time he was nineteen. His popular books for young readers include Timothy of the Cay and The Hostage. You'll also enjoy the exciting sequel to Tuck's adventures in Tuck Triumphant.