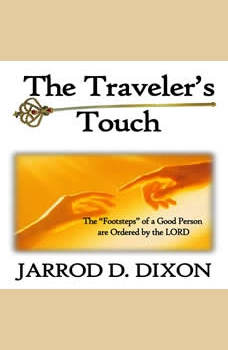 The Traveler's Touch: The Greatest Touch

If you are a lifetime fan of The Wonderful Wizard of Oz, then you will enjoy this Inspirational Tale - The Traveler’s Touch, Part 1, and perhaps even spread the word. In this story, you, dear reader - also known as "So-and-So" - are unexpectedly visited, one right after the next, by an extraordinary ethnically diverse family of nine colorful, charismatic characters; nine mysterious Travelers each possessing the supernatural power of a "Heavenly Touch," a team of Secret Agents on a Special Assignment to locate you, then enlighten you, and then ultimately empower you and thus change your life… forever! Just like Dorothy, you too are bound to be the blessed beneficiary of precious Lessons on Life. So strap on your Virtual Reality goggles, and get ready to experience this awesome Adventure vicariously through "So-and-So". And enjoy! Afterwards, go and change the world. Show us what you can do with, well, you will just have to wait and see.