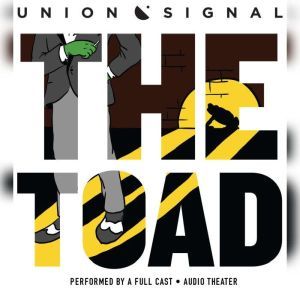 The Toad Retribution springs from the marshes in another thrilling adventure in the annals of Clovis DeWitt, alias The Toad. Script: Jeff Ward Production: Union Signal Music and engineering: Mark Ballora Artwork: Jimmy Dean Horn Cast: Jeff Ward David McDaniel Bob Sadler Trissy Callan Doug Bost Mark Ballora Steve Farrell David Rainey Priscilla Holbrook Mary Micari Michael Mabern Mike Giordano Union Signal is Jeff Ward and Doug Bost. From their ruined garage, they've been producing radio plays that have been heard on National Public Radio, Pacifica Radio, and Bavarian State Radio, as well as local stations across the country and Joe Bevilacqua's The Comedy-O-Rama Hour. Their plays have won awards with the BBC and the Midwest Radio Theater Workshop, as well as the Mark Time and Charles Ogle Awards.Doug Bost's screenplays include Diminished Capacity, Kubuku Rides (This Is It), Focus Group, and Policy of Truth. Radio plays include Dead Man's Hole, Roadkill, The Dan, and The Bride in the Box. His short stories have been heard on KCRW's Unfictional. Jeff Ward writes radio plays and musicals. He is the author of December 17, The Toad, Georgia, and the hard-hitting, impeccably researched documentaries Dorcus and October Surprise. He wrote the musical Take One and has written jokes for SNL's Weekend Update. Waterlogg Productions is a full service audio/video entertainment company, founded in 2002 by husband and wife creative duo Joe Bevilacqua & Lorie Kellogg. They are the proud distributors of Union Signal, whose plays have graced Joe Bev's The Comedy-O-Ram in its XM Radio incarnation. Together, Joe and Lorie have been responsible for over 150 titles distributed exclusively by Blackstone Audio. Check out their website at www.Waterlogg.com. 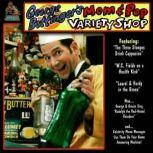 The Marx Brothers, Laurel & Hardy, Three Stooges, and Soupy Sales are just some of the legendary "funsters"Music and Comedy For The Whole Family Perfect on Halloween, Thanksgiving Christmas, Chanukah, All Year. Like old time radio and TV with a ... 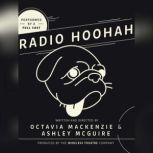 A hilarious BBC Radio Four spoof from Octavia MacKenzie and Ashley McGuireToday on Radio Hoohah:In My Mind delves into the thoughts of Leonora Velvety Constable-Wheeler and her passion for pugs, Shakespeare, and taking her clothes off when she total... 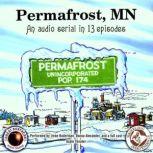 Permafrost is an unincorporated (and entirely concocted) town on the logging road, off the gravel road, off the county road from Big Falls, in Koochiching County, Minnesota. It went into the unusually hard winter of 1887-88 and never came out. Oh, i... 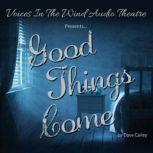 Some say having an open window while you sleep at night is a guarantee of good health. For young Ellen, it was an open invitation to allow all manner of scary things to enter her cozy little bedroom. As she grew older, Ellen discovered an open windo... 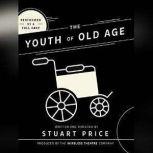 The Youth of Old Age
by Stuart Price

Wickedly acerbic, The Youth of Old Age shows acclaimed British actor Prunella Scales at her dragon-tongued best. As the story's matriarch, she's determined to prevent her heir from marrying "out of sorts."Written and directed by award-winning Stuart... 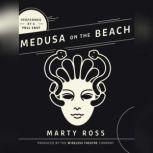 Medusa on the Beach
by Marty Ross

Biddlecombe is a perfectly ordinary English seaside town-except everyone there has been turned to stone.Two seriously out-of-their-depth police officers uncover the strange truth of what happened when middle-aged and romantically disappointed hairdr... 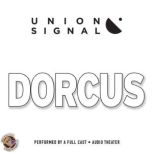 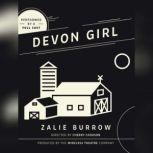 Have you ever wondered what life would be like as a young woman running a farm? Sally Anne Criplett is just that girl.Living with her mole-obsessed, gun-happy, cider-drinking father, Sally has her work cut out. But with the love of local farm boy Jo...