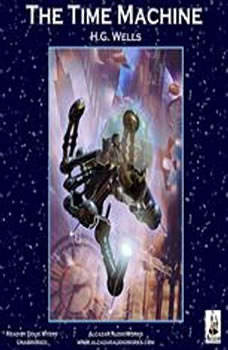 Originally published in 1895, H. G. Wells' unequivocally visionary tale popularized the concept of time travel. Set in Victorian England, it tells the story of a scientist and gentleman inventor who builds a machine capable of transporting a person through time, which he calls the fourth dimension. Propelling himself to the year 802,701, the man is delighted by what he finds: the Eloi, an elfin race who seem to have replaced the toil and suffering of the world with beauty and contentment. But not all is well in the world of the Eloi. What remains of this once-great culture now lives in fear of the terrifying Morlocks, an underground race who threaten the time traveler's return home.H. G. Wells was a pioneer of the science fiction genre. This hugely influential novel, which questions our place on Earth, weaves in his ideas of sociology and the social impact of industrialization.