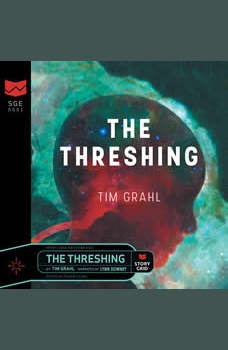 1. If you win, you survive. 2. If you lose, you and everyone you love slowly starve to death. Years before twelve-year-old Jesse was born, everyday life tipped into this dystopia when firestorms burned through millions upon millions of acres of sustainable farmland. Now there's not enough food for too many people. Leaders from around the globe came together and conceived of the most extraordinary competition imaginable. The results determine who gets what and how much. This battlefield lies within the grid, a virtual world where the people mine credits to stake their claim for their daily bread. When everyone else is living a virtual life honing unreal skills, only the truly gifted have the courage and know-how to be real.And Jesse might be the most gifted competitor in The Threshing. Ever.