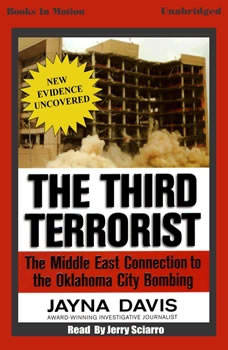 Within hours of the bombing of the Murrah Federal Building in Oklahoma City on April 19, 1995, the FBI had evidence pointing to Iraqi and Islamic extremists. But incredibly, federal authorities quickly squelched all investigations implicating Middle Easte

When Affirmative Action Was White
by Ira Katznelson

In this "penetrating new analysis" (New York Times Book Review) Ira Katznelson fundamentally recasts our understanding of twentieth-century American history and demonstrates that all the key programs passed during the New Deal and Fair Deal era of t...

On April 9, 1865, General Lee surrendered what remained of his Confederate Army. But what had the North won? The United States of America was now one nation, but that nation was crippled by the economic costs of war: wholesale destruction, inflation...

James M. McPherson, the Pulitzer Prize–winning author of Battle Cry of Freedom, and arguably the finest Civil War historian in the world, walks us through the site of the bloodiest and perhaps most consequential battle ever fought by Americ...

The Civil War Part I
by Jeffrey Rogers Hummel

From 1861 to 1865 America was caught in the convulsions of warThe Civil War. No historical event, short of the American Revolution itself, has so deeply affected the United States. The central question involved the nature of the union. Was the Unite...

As 1862 dawned, the American republic was at death’s door. The federal government appeared overwhelmed, the U.S. Treasury was broke, and the Union’s top general was gravely ill. The Confederacy—with its booming economy, expert mili...

While the Music Plays
by Diane Austell

Once, Laura Chandler had dazzled all of Washington with her beauty and poise. But with the sudden death of her husband, the great senator Robert Chandler, she changed, afraid to care for anyone or anything.Now, in 1861, as the streets of Richmond ar...

A Call to Heroism
by Peter H. Gibbon

What are we to look for in heroes who walk among us today? Or in heroes of our uncertain future? In A Call to Heroism, Gibbon traces the evolution of our collective vision of greatness from the age of our founders to todays celebrityobsessed media a...

Thom Hartmann, the most popular progressive radio host in America and a New York Times bestselling author, looks at the real history of guns in America and what we can do to limit both their lethal impact and the power of the gun lobby. Taking his t...

Abraham Lincoln was undeniably one of the most influential politicians in American history. In this collection of letters, speeches, and other writings by Lincoln, listeners can gain a uniquely intimate perspective on the sixteenth president of the ...