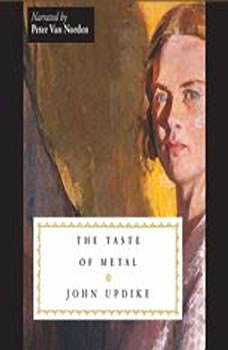 The Taste of Metal

The Maples Stories consists of eighteen classic stories from across John Updike's career, forming a luminous chronicle of the life and times of one marriage in all its rich emotional complexity. In 1956, Updike published the story "Snowing in Greenwich Village," about a young couple, Joan and Richard Maple, at the beginning of their marriage. Over the next two decades, he returned to these characters again and again, tracing their years together raising children, finding moments of intermittent happiness, and facing the heartbreak of infidelity and estrangement.In this sixth story from The Maples Stories, Richard and Joan attend a party, after which an intoxicated Richard gets behind the wheel. With his wife in the backseat and Eleanor, a woman to whom Richard is undeniably attracted, in the passenger seat, he sets off into the snowy night.