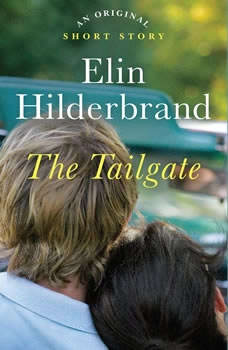 The Tailgate: An Original Short Story

A stirring portrait of a relationship at a crossroads, this digital original short story follows two irresistible young lovers as they cope with college life, and invites us into a world we don't want to leave. Clendenin Hughes first kissed Dabney Kimball during a Nantucket snowstorm freshman year of high school. Ever since that moment - God, the rush, the chemistry! - Dabney has known that she and Clen are an unsplittable unit - essentially the same person in two different bodies. Of course, with Dabney now at Harvard and Clen at Yale, those bodies are 140 miles apart. And traveling is a serious challenge for Dabney, for reasons she'd prefer not to discuss, reasons having to do with her mother (or lack thereof). But with the big Harvard-Yale game coming up, Dabney is determined to make the trek to New Haven to see Clen. She's even borrowed a sexy black outfit from a classmate down the hall. But when she arrives at the tailgate to see sparks flying between Clen and Jocelyn, a girl with dark blue eyes and luscious black hair, Dabney fears the collapse of a bond she has never questioned before, a bond so important that she'll be lost without it. To learn the fates of Dabney and Clen, read Elin Hilderbrand's novel, The Matchmaker.

Elin Hilderbrand was born and raised in Collegeville, PA, but spent most of her childhood summers playing on Cape Cod. Her father died in a plane crash when she was sixteen years old, so unfortunately that ended the Cape trips. Her summers were now spent working, but she promised herself that for the rest of her life she would always have a real summer. She moved to Nantucket in July 1993, took a job as "the classified ads girl" at a local paper, and later started writing. Elin says she does her best writing while on the beaches of Nantucket or along the beautiful streets of Beacon Hill in Boston. She is a breast cancer survivor and currently lives in Nantucket along with her three beautiful children.