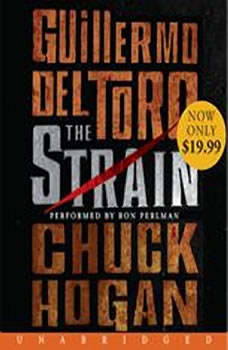 “A high-tech vampire epic....Terrifying.”—San Francisco Chronicle“Part The Andromeda Strain, part Night of the Living Dead.”—Salon.com“Chuck Hogan is known for his taut thrillers, Guillermo del Toro for his surreal horror films…The Strain brings out the best of each.”—Minneapolis Star TribuneAn epic battle for survival begins between man and vampire in The Strain—the first book in a heart-stopping trilogy from one of Hollywood’s most inventive storytellers and a critically acclaimed thriller writer. Guillermo del Toro, the genius director of the Academy Award-winning Pan’s Labyrinth and Hellboy, and Hammett Award-winning author Chuck Hogan have joined forces to boldly reinvent the vampire novel. Brilliant, blood-chilling, and unputdownable, The Strain is a nightmare of the first order.

It’s happening again. And either Adam’s crazy, or he’s a kidnapped child’s only hope.Drifter Adam Rutledge is haunted by his childhood, by how helpless he felt when his best friend was abducted and how terrifying it was to se...

End of Days
by J.F.Penn

A buried sarcophagus locked by seven seals. A prophecy that heralds the End of Days ...From New York Times and USA Today bestselling author, J.F.PennA marble tablet found in the ruins of Babylon warns of the resurrection of a banished serpent in the...