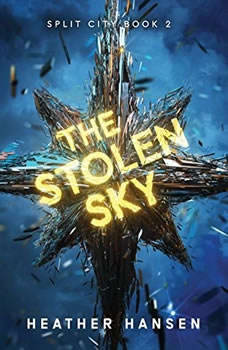 Arden and Dade are running for their lives from a city on fire; they’re wounded, desperate, and shadowed by two families who want them dead. But it’s Dade’s debt to a devious crime lord that plunges them further into danger—especially with their mining planet in chaos…The ruling Solizen have grown more calculating, while the Undercity population remains trapped in the darkness below. With the supply of life-saving VitD wiped out, the rebellion is ready to erupt at any moment.Now, Arden and Dade reluctantly join a new team on a hazardous operation to infiltrate the Solizen’s most protected facility. Caught up in the uncertainty of shifting allegiances and suspicious allies, their relationship will be put to the test. But to carry out their dangerous mission, the teens must rely on their love more than ever—will it be enough to keep them alive?