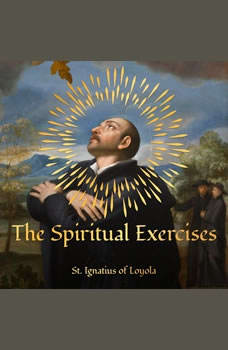 The Spiritual Exercises of Ignatius of Loyola, written between 1522 and 1524, are a set of meditations, contemplations and prayers by Saint Ignatius of Loyola, the founder of the Jesuits. They are divided into four thematic parts and composed with the intention of helping participants in religious retreats to discern the will of God in their lives.

Aida is the opera that has it all. The story is exciting. The music is splendid and, from start to finish, memorably melodic. And the epic, cast-of-thousands sprawl of the drama is so vividly captured by Verdi's score that you can literally see its ...

Sell Your Work is a short report on how to turn your crafts expertise into your business. This report is a comprehensive "how to" for getting ready to approach, sell your work to, and ultimately leave your association with a gallery, store or boutiq...

After accidentally killing a leprechaun, Steve and Jeff are beset upon by a legion of tiny emerald fellows, insistent on turning Steve's house into their new leprecolony. But things aren't all bad, because each of those leprechauns poops pure gold...

The Painted Word
by Tom Wolfe

No one skewers the popular movements of American culture like Tom Wolfe. In 1975, he turned his satirical pen to the pretensions of the contemporary art world, a world of social climbing, elitist posturing, and ingeniously absurd self-justifying the...

What’s hotter than an alien with scales? An alien with wings and scales, not to mention a hot body. At 457 Preor years old, Jarek sen Claron is a dragon ready for his final flight into the skies. This voyage to Earth as the War Master of the...

Erotica Short Stories For Bad Women: A Dominance and Submission Romance for Adults
by Ivana Swirl

What is your art really about? Where is it going? What stands in the way of getting it there?These are questions that matter, questions that recur at each stage of artistic development—and they are the source for this volume of wonderfully inc...