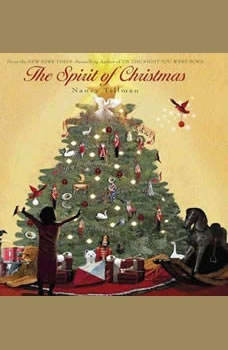 The Spirit of Christmas

Bells jingle, sleds dash through the snow, trees are topped with sparkling stars, and children everywhere dream of candy canes and presents. But the best gift of all—the most magical gift of the season—is when we spend Christmas with those we love.Once again, this New York Times-bestselling author and artist has created a special, beautiful story that families will want to share year after year.