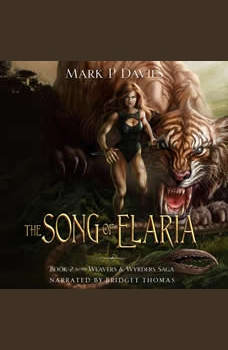 The Ancient Prophecy decrees that three Heralds must come to pass. A wise man has performed a significant act … but has the lost sword been found? If so, then only one portent remains before the Queen ascends the throne.

But who is the Queen? And will The Song of Elaria, sword and sceptre of the royal house, return to its rightful heir before the Blood Moon rises?

Whilst the Elders and the Church deny the fulfilment of the Prophecy is at hand, the Akiun Warrior Jenna and her cunning brother Hahn are shocked to realise that the Dark Forces they once thought vanquished have returned. And now they mean to strike at the heart of the Prophecy …

Against incredible odds Jenna and Hahn race to discover the Queen’s identity, and save her from certain death.