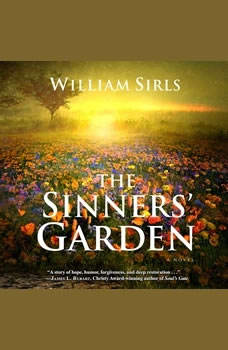 Andy Kemp&rsquo;s young life has been as ravaged as his scarred face. Disfigured by an abusive father, the teenager hides behind his books and an impenetrable wall of cynicism and anger.As Andy&rsquo;s mother struggles to reconnect with him, his Uncle Rip returns transformed from a stint in prison and wants to be a mentor to the reclusive boy, doing everything he can to help end Andy&rsquo;s pain. When Andy begins hearing strange music through his iPod and making near-prophetic announcements, Rip is convinced that what Andy is hearing is the voice of God.Elsewhere, police officer Heather Gerisch responds to a late-night breaking and entering in one of the poorest homes in town. She soon realizes that the masked prowler has left thousands of dollars in gift cards from a local grocery store.As the bizarre break-ins continue and Heather pursues the elusive &ldquo;Summer Santa,&rdquo; Andy and Rip discover an enormous and well-kept garden of wildflowers that seems to have grown overnight at an abandoned steel mill.The identity of the gardener surprises them all &mdash; and a spree of miracles transfigures this small town from a place of hopelessness into a place of healing and beauty.