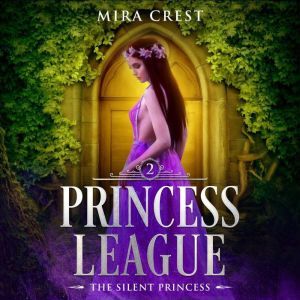 The Silent Princess: A YA Little Mermaid Retelling

Marina is a mute orphan with no memory of who she was before the cruel Pratt took her in, using her and the other girls to beg for money. To make things worse, a strange illness leaves her with only months to live.

When Pratt goes too far with one of the girls, Marina intervenes and reveals magical powers she never knew she had. Feared and unwilling to implicate the others, she leaves. Meanwhile, rumors of a curse believed to have devoured ships at sea spread and the prince, Dominic, begins a recruitment of sea crew to investigate the matter.

Realizing the prince's resemblance to the man in her recurring dreams, Marina volunteers, hoping he can shed some light on her past. What begins as a simple search for answers soon spirals into a life-threatening encounter with the forces of the deep. As Marina and Dominic journey to the world beneath, they soon learn a truth that threatens the very survival of the human race and Marina may be the only one who can stop it.

- Experience this never-before-seen young adult superhero retelling of the Little Mermaid! The Silent Princess is the origin story of Marina before she joins Princess League, a special group of heroines with magical powers that fights against a mysterious evil that is spreading across the lands.

*This can be read as a standalone book. 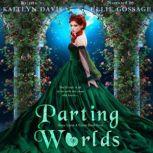 Parting Worlds (Once Upon a Curse Book Four)
by Kaitlyn Davis

**A USA Today Recommended Series!**She'll risk it all to be with the man she loves… Don't miss PARTING WORLDS, a fantasy romance from bestselling author Kaitlyn Davis that reimagines the classic fairy tale of The Little Mermaid."I know humans... 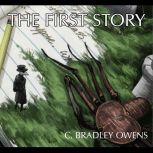 Matt lives to write stories. And those stories might be the only thing keeping his best friend alive after school bullies brutally attack him for being gay. At the side of John’s hospital bed, Matt weaves together tales in the hopes of waking ... 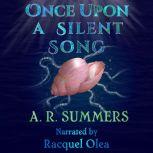 Once upon a Silent Song
by A. R. Summers

Fins to feet, a silenced voice, and a villain that must be stopped... How much do you really know about The Little Mermaid fairytale?As a Siren with a strong Voice, Nimue has always looked forward to joining the Protectors and using her Voice to hel... 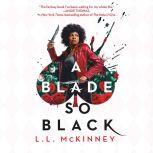 A Blade So Black
by L.L. McKinney

"With memorable characters and page-turning thrills, A Blade So Black is the fantasy book I've been waiting for my whole life. Alice is Black Girl Magic personified." —Angie Thomas, #1 New York Times-bestselling author of The Hate U GiveA Blad... 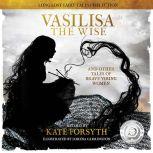 Vasilisa the Wise
by Kate Forsyth

Meet the brave young women from tales of yore ...Vasilisa who must try to outwit the fearsome witch Baba-Yaga. Katie Crackernuts who sets out to save her sister from dark magic. Flora, the gardener's daughter, who marries a giant serpent t... 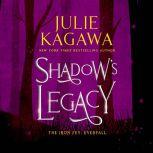 A new novella set in the world of the New York Times bestselling Iron Fey series! This magical short story is the prelude to a new trilogy in Julie Kagawa’s brilliant faery world, The Iron Fey: Evenfall.A royal wedding, a mysterious assassin, ... 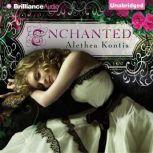 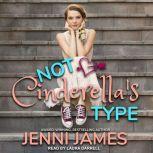 Not Cinderella's Type
by Jenni James

Indy Zimmerman has a new stalker who won't leave her alone, no matter what she says to him. Never mind the fact that he's one of the most popular guys at school—she's positive Bryant Bailey is only trying to appease his own conscience after pr... 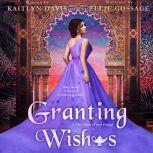 Granting Wishes (A Once Upon a Curse Prequel)
by Kaitlyn Davis