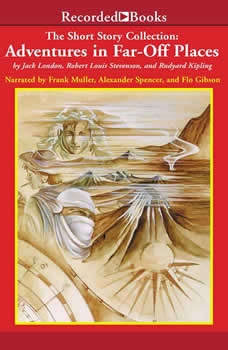 At the turn of the century, the short story form gained enormous popularity. As readers looked for diversion and entertainment, they found the attraction of a good tale irresistible-especially when the action was packed into a few pages instead of a hundred. Here are three timeless stories that will whisk you into exotic lands and unforgettable adventures. Against the frozen Alaskan landscape of To Build a Fire, a miner struggles to survive the splintering whiteness of sub-zero temperatures. Isle of Voices captures the Hawaii of old, where magic transports a young man to an island of powerful spirits. Rikki-Tikki-Tavi pits a mongoose against a cobra in the steamy beauty of an Indian garden. Recorded Books' award-winning narrators turn these three adventure stories into absorbing audio productions. Listen as their dramatic performances bring out the full richness of far-off lands and breathtaking challenges. All Authors: Jack London, Robert Louis Stevenson, Rudyard Kipling