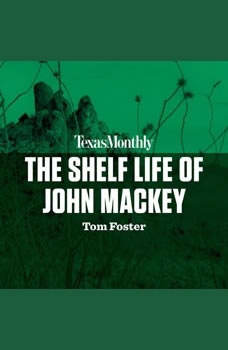 The Shelf Life of John Mackey

In partnership with Texas Monthly, Tom Foster's "The Shelf Life of John Mackey" is now available as an audio download, where the length and timeliness of a podcast meets the high-quality production of a full-length audio program.

On June 16, 2017, Whole Foods agreed to sell itself to Amazon for $13.7 billion. This is the exclusive story that led up to that momentous decision for the Austin-based grocery giant.

Whole Foods' eccentric founder changed the way Americans consume food. Can he survive the Wall Street forces that now want to consume him?