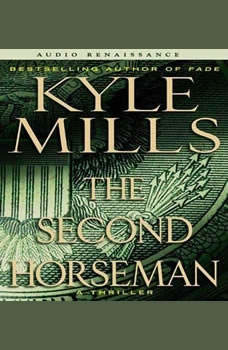 Brandon Vale is a career thief, the best there is. Of course, he is serving out a prison term for a robbery gone bad—albeit one that he didn't commit. But then he is broken out of prison against his will by Richard Scanlon, the former FBI agent who framed him in the first place. Scanlon, who still has ties to the U.S. intelligence community, has discovered that a Ukrainian crime organization is auctioning twelve nuclear warheads to the highest bidder, but he can't convince the government that the sale isn't a hoax. The only way he can get his hands on the $250 million necessary to take the warheads off the market is to arrange for Brandon to steal it.Not that Brandon has much choice—it's either do it or go back to jail with the added years of a failed "escape" tacked on to his sentence—but he decides to get the cash by pulling off the heist he had been planning when he and Scanlon first met hijacking the trucks that drive the casinos' cash out of Las Vegas once a week. As the day of the warhead sale approaches, though, their carefully constructed plan begins to breakdown, and Brandon starts to suspect that the deal has even higher stakes than he had imagined.With this heart-stopping, all-too-real novel, The Second Horseman, Kyle Mills proves once again that he is one of the freshest and most original thriller writers working today.