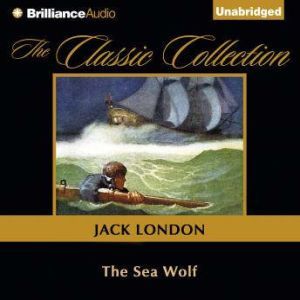 “The danger lay in the heavy fog which blanketed the bay, and of which, as a landsman, I had little apprehension.”This is the first line in this tale of a man uprooted and thrust into the unfamiliar and dangerous world of the sealing sailor. Humphrey Van Weyden, a San Francisco sophisticate and an intellectual, finds himself the captive voyager aboard The Ghost, captained by the brutal and barbaric Wolf Larsen. Van Weyden’s rights disappear as the coast of California vanishes over the horizon.Almost immediately, the slave plots his freedom—and Van Weyden must confront the weakness in his soul, mind, and body.Generations have been spellbound by this harrowing story of danger on the sea, psychological confrontation, and the dual nature of humankind.This novel is part of Brilliance Audio’s extensive Classic Collection, bringing you timeless masterpieces that you and your family are sure to love.