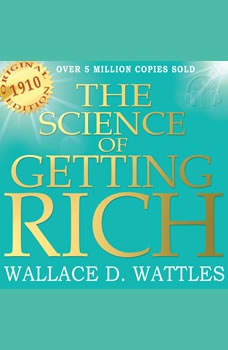 The Science of Getting Rich - Original Edition

The Science of Getting Rich is a classic, written by Wallace D. Wattles, and published in 1910. Wattles died in 1911 shortly after publishing this book. Forgotten for decades, it was recently rediscovered. The timeless principles in this classic will transform your financial future. A primary principal in The Science of Getting Rich is to always give more in "use value" than you receive in "cash value" for your products or services. As Wattles states in his book, if you practice and apply this science, you will get rich! Brought to you here in it's original unabridged format, as written by Wallace in 1910.