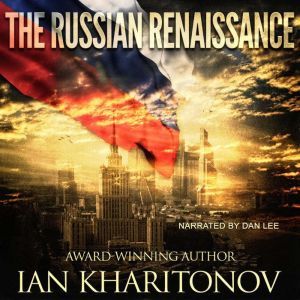 Constantine can no longer hide in Europe. As he discovers a century-old secret, he must flee back to Moscow, chased by assassins.

Only one man can save him. Eugene Sokolov: an officer in the world's most elite rescue unit, a martial arts legend… and Constantine's brother.

They face an enemy unlike any other. In a game run by a KGB spymaster, the fate of Russia will depend on their survival.

Winner of the Adventure Writer's Grandmaster Award from the Clive Cussler Collector's Society.

"This book has got it all... Intrigue, adventure, high stakes, and all the action you can handle ... pure nitroglycerin." ~ Jeff Edwards, bestselling author of THE SEVENTH ANGEL and SWORD OF SHIVA

"The perfect novel for Cussler fans ... A thriller experience not to be missed." ~ Sean Ellis, co-author of WARGOD and CALLSIGN: KING