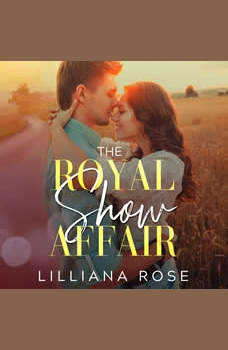 Series: Falling For A Cowboy

Raven meets Ben once a year. She doesn’t have his details. Just meets this sexy, hot farmer when he’s down for the Royal Show in Adelaide. That’s how it’s been for the last two years. Will he show up this year at their rendezvous place? Or has he found love with someone else in the last year?

Ben is an alpaca farmer who comes to the Royal Show each year. His isolated and busy life means he hasn’t found love. But then there’s the financial pressures of the farm that keep him occupied and the drought that’s weighing heavily on whether or not he has a future in farming. The meeting with Raven is an arrangement that happened by chance. It’s worked for the last two years, but will it work again this year? It’s just a yearly fling with her.

But this year, things are different. Both their lives are changing in ways they hadn’t planned. Will they allow the changes to occur and find a way to be together?

Can the lust between Raven and Ben develop into something more?

The Fighter
by Michael Farris Smith

A blistering novel of violence and deliverance set against the mythic backdrop of the Mississippi DeltaThe acres and acres of fertile soil, the two-hundred-year-old antebellum house, all gone. And so is the woman who gave it to Jack, the foster mot...

The Legacies of Brigadier Station
by Sarah Williams

Can Lachie be the father Hannah needs? And the man Abbie deserves?When tragedy strikes the small rural town and secrets begin to unravel…Lachie McGuire is trying to make a fresh start. He’s sobered up and is making amends for all the pe...