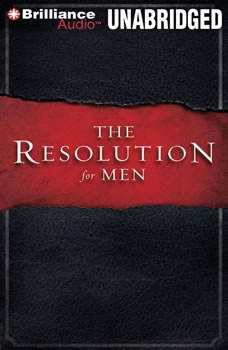 The Resolution For Men

From the New York Times bestselling authors of The Love Dare comes a strong resolution of faith, family, and fatherhood that sets men on a course toward long-term success — the kind that breaks the chains of your past, earns the loving trust of your wife, wins the hearts of your children, and prepares a legacy beyond what your father could leave for you. With a clear resolution, you’ll be able to see exactly where you’re going. Straight ahead into a life marked by renewed faithfulness.