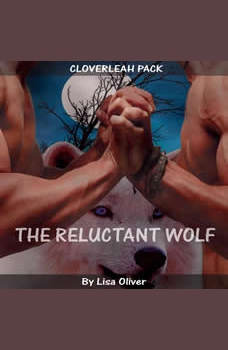 Kane Matthews, Alpha of his small wolf pack in Cloverleah has been raised to believe that mates are not possible for gay men and has lived his life accordingly. Kicked out of his home pack years before because of his sexual orientation Kane has built a solid and comfortable life for himself in the small town of Cloverleah. Imagine his surprise when an unscheduled visit to the small town's diner unleashes a flood of emotions in the man he didn't think possible - not least of all, lust. But finding out it is possible for wolf shifters to have gay mates is just one of the things that Kane has to overcome if he is to have the forever future he has been hoping for.

Shawn Bailey never expected to find his mate. He is just too different - an "Other" who has the power to instill fear in any other shifter. After spending ten years on the run from his Alpha father he spends most days just trying to stay alive. When a chance encounter brings him face to face with his mate Shawn has to decide if the man in front of him is worth staying for.

But with hunters, Alpha challenges, Kane's parents and a smitten Alpha from another pack all interfering in Kane and Shawn's budding romance, not to mention some surprising answers about Shawn's own unique talents can these two true mates find the happily ever after they are looking for?