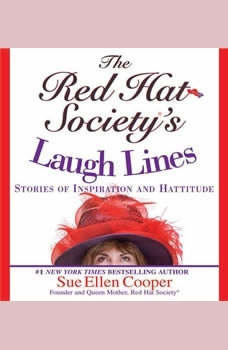 The follow-up to the #1 New York Times bestseller The Red Hat Society® is a collection of the RHS members' most memorably funny and touching stories. It's chicken soup for the Red Hat soulLife begins at 50! And the women of the Red Hat Society are proud of it. In THE RED HAT SOCIETY®'S LAUGH LINES, Sue Ellen Cooper and the women of the RHS celebrate the life experiences that have made them who they are today. Over the years, they've accumulated well-earned laugh lines and cry lines from wonderfully funny, incredibly moving stories that will warm listeners' hearts and touch their souls. There is so much more to each of these women than a purple outfit and a red hat. This audio program is a collection of the most amusing and poignant stories that they want to share with their sisters. With contributions from members across the country, this collection is bound to thrill all Red Hatters-and those who soon will be.