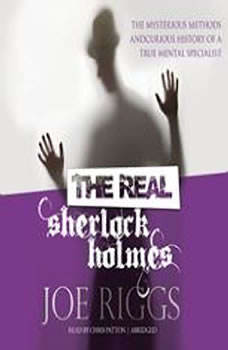 The Real Sherlock Holmes: The Mysterious Methods and Curious History of a True Mental Specialist

What if you could, like Sherlock Holmes, see right through people and spot deception instantly? After having been raised by professional psychic readers, Joe Riggs left all that behind to become the internationally acclaimed mentalist, psychological performer, and consultant that he is today. In this brief yet extremely powerful book, Riggs will teach you not only the hidden methods used by psychic readers everywhere but also some of the most powerful techniques in the art of mentalism. Riggs has been hailed by the press as the "Man Who Knows Too Much," as well as the "Real Sherlock Holmes." His uncanny ability to gather a wealth of information from a person in seconds is legendary. Get ready to see everyone and everything in a way you never thought possible. These skills and techniques will catapult you into the world of mind reading and mental acuity.

Cognitive Behavioral Therapy (CBT): Techniques for Retraining Your Brain and Managing Depression and Anxiety in Just 7 Weeks or Less
by Kevin Rhodes

If you want to overcome anxiety, depression, and negative thoughts once and for all then keep reading...What if I told you that no longer does your life have to be ruled by irrational automatic thoughts that lead to your endless suffering every sing...

Social Anxiety Disorder: The Ultimate Practical Solutions To Overcoming Anxiety, Panic Attacks, Depression and Shyness Once And For All
by Kevin Rhodes