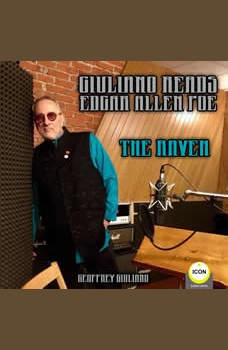 The Raven by American writer Edgar Allan Poe was firstt published in January 1845, the poem is often noted for its musicality, stylized language, and supernatural atmosphere. It tells of a talking raven's mysterious visit to a distraught young man lamenting the loss of his love, Lenore.Poe claimed to have written the poem with the intention to create a poem that would appeal to both critical and popular tastes 'The Raven was first attributed to Poe in print in the New York Evening Mirror on January 29, 1845. Its publication made Poe popular in his lifetime. Interpreted here by actor Geoffrey GIulianoProduced by Devin Lawerence in VrndavanaMusical consultant Alex Franchi in MilanProduction executive Avalon Giuliano in LondonICON Intern Eden Giuliano in Delhi Music By AudioNautix With Their Kind Permission©2020 Icon Audio Arts (P) 2020 Icon Audio Arts LLC