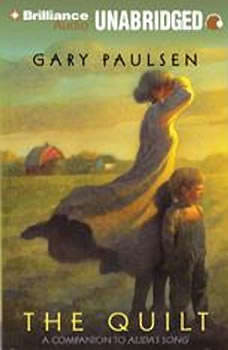 A six-year-old boy goes to spend the summer with his grandmother Alida in a small Minnesota town. With the men all gone off to fight, the women are left to run the farms. There’s plenty for the boy to do – trying to help with the chores; getting to know the dog and the horses, cows, pigs, and chickens. But when his cousin Kristina goes into labor, he can’t do a thing. Instead, the house fills with women come to help and to wait, and to work on the quilt together. This is no common, everyday quilt, but one that contains all the stories of the boy’s family. And as they wait, and work, the women share these stories with the boy. In this spare, affecting novel, ordinary life and ordinary things take on a new meaning, and the bond between a boy and his grandmother shines through.

The Eleventh Plague
by Jeff Hirsch

In the aftermath of a war, America's landscape has been ravaged and two thirds of the population left dead from influenza. Fifteen-year-old Stephen Quinn and his family were among the few that survived. But when Stephen's grandfather dies and his fa...