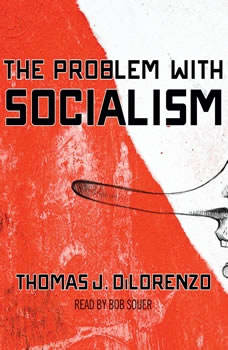 The Problem with Socialism

Remember when "socialism" was a dirty word? Now students at America's elite universities are parroting socialist talking points and "sure-thing" Hillary Clinton is struggling to win the Democratic nomination against a 74-year-old avowed socialist who promises to make the nation more like Europe. What's happened? Do Americans need a reminder about the dangers of socialist ideology and practices?

Thomas DiLorenzo, economics professor and senior fellow at the Ludwig von Mises Institute, deconstructs the retrograde ideology that has suddenly become disturbingly hip in The Problem with Socialism.