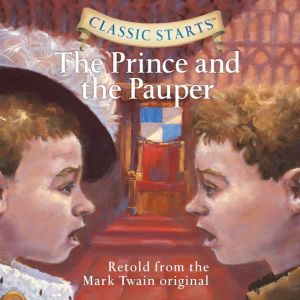 Following Sterling&#39;s spectacularly successful launch of its children&#39;s classic novels (240,000 books in print to date),comes a dazzling new series:&#160;Classic Starts. The stories are unabridged and have been rewritten for younger audiences. Classic Starts&#160;treats the world&#39;s beloved tales (and children) with the respect they deserve. One boy, penniless and in rags, forced to beg in the street. The other, a king&rsquo;s son, coddled and given all he could want. What happens when the two boys change clothes and places, and each one learns how the other half lives? Mark Twain&rsquo;s satirical and suspenseful novel about the thin line that separates prince and pauper is a perennial favorite.