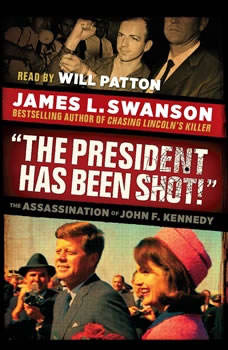 The President Has Been Shot!

A breathtaking and dramatic account of the JFK assassination by the New York Times bestselling author. Swanson transports listeners back to one of the most shocking, sad, and terrifying events in American history. As he did in his bestselling Chasing Lincoln's Killer, he deploys his signature "you are there" style to tell the story of the JFK assassination as it has never been told before.