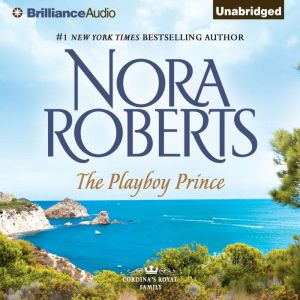 #1 New York Times and USA Today bestselling author Nora Roberts presents a timeless story of happily ever after. When it comes to women, Prince Bennett has always enjoyed a challenge. So after meeting the quiet and beautiful Lady Hannah Rothchild, the dashing playboy cannot rest until he breaks through her careful reserve. Love had always been a game to Bennett, but with this elusive, mysterious woman, he discovers his heart is on the line, and he's playing for keeps.…

This was a great book in a great series - read all of them, highly recommend!