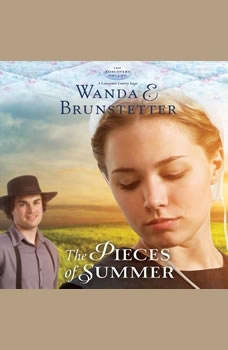 The Pieces of Summer

Only months after losing her beloved husband, does Meredith dare accept help from another man?Meredith Stoltzfus could never love anyone like she loved her husband, Luke. When a friend from her past stops by her home to offer a helping hand, Meredith hesitantly agrees. But deep down, she feels uneasy about it. How would it look to others, seeing Jonah around so often?Meanwhile, as a young, nameless man heals and regains strength in his body, his mind grasps at every image that flits across his memory, desperate to recall his former life...